Dairy products, like milk and yogurt, are the most difficult items for me to find in plastic-free packaging. Fresh cow milk is sold in plastic bottles; UHT milk in Tetra Pak packaging. Yogurt is sold in plastic containers. Now, I don’t drink milk, but I do like to use it in baking. And I love yogurt. One of my favorite breakfasts is a banana yogurt smoothie, with vanilla and cinnamon, and maybe some peanut butter. Yum! When I got to the point in my plastic-free journey that I was ready to tackle the issue of plastic packaging of food, I began to make my own yogurt. This was easy to do and my homemade yogurt was delicious. I used the UHT milk because I could buy it in a 1 ½ kilo container. I no longer had empty plastic yogurt containers in my recycling bin. For awhile I enjoyed my morning smoothies, satisfied that I had made an improvement – however small – in my plastic footprint. Until it dawned on me – I didn’t know if the Tetra Paks were recycled locally. We double-checked with the workers the next time they collected my recyclables and it was bad news – Tetra Paks are not recycled here. I should put them in the landfill bag, not the recycling bag. I had NOT improved my plastic footprint. I had made it worse! At least the yogurt containers could be recycled. I stopped having smoothies for breakfast. I moved on to another plastic-free endeavor until I could find an answer to the yogurt dilemma.

There was a brief period when I thought I had found the answer. There was a nearby shop that was selling raw buffalo milk that is brought in from the Egyptian countryside. I could bring my own bottle and buy this milk completely package-free! Which I did on several occasions. And if I thought that my homemade yogurt made with UHT milk was delicious, it had nothing on the yogurt made from the raw buffalo milk. I again began my mornings with banana yogurt smoothies. But there were a couple of times when the milk I bought was just not right, it did weird things when I boiled it. And I realized that I really had no idea what may be added to this milk, as there were no guiding rules or regulations being followed or enforced in the production, transport, and delivery of this milk. I stopped buying the milk. And stopped making yogurt.

For months and months I missed yogurt and finally decided I would buy the largest containers now available and reuse or recycle them. I could no longer follow my “refuse” motto. I wanted yogurt. So for several weeks, that’s what I did. And then…and then I saw a post online about sesame milk. It said how easy it was to make sesame milk. It said how nutritional sesame seeds are. And I thought to myself – I love sesame. I love nut milks. (I did not love the organic rice milk I tried only weeks earlier.) I can buy local sesame seeds in bulk, package-free. And I thought that these tiny little seeds might be the answer to my morning smoothies!

And indeed they did. Off I went to the store with my stainless steel container and bought ½ kilo of sesame seeds. I used this recipe first with its easy-to-remember ratio of 1 cup of seeds to 4 cups of water. Although I knew I would want the pulp in my smoothie, I strained the milk so that I could experiment with other uses. (I kept the pulp in the fridge and just spooned some into my mixer when making my smoothie.) 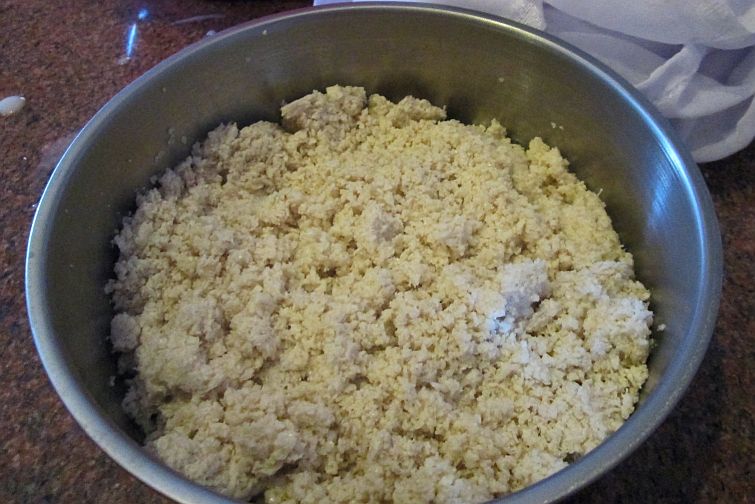 The milk was quite tasty on its own and I could have sipped the entire jar, but I also wanted to test the milk out for baking. I started with a simple pancake recipe. The pancakes were not as light and fluffy as those made with dairy milk, but they were perfectly yummy. In fact, I think I like them better than the traditional pancakes! The second time I made sesame seed milk, I used the same ratio but added date paste instead of honey, as called for in this recipe. It is a treat for your taste buds! I’ve been making the sesame seed milk for several months now and the last time I made it, I didn’t add anything. Just sesame seeds and water. Simple. 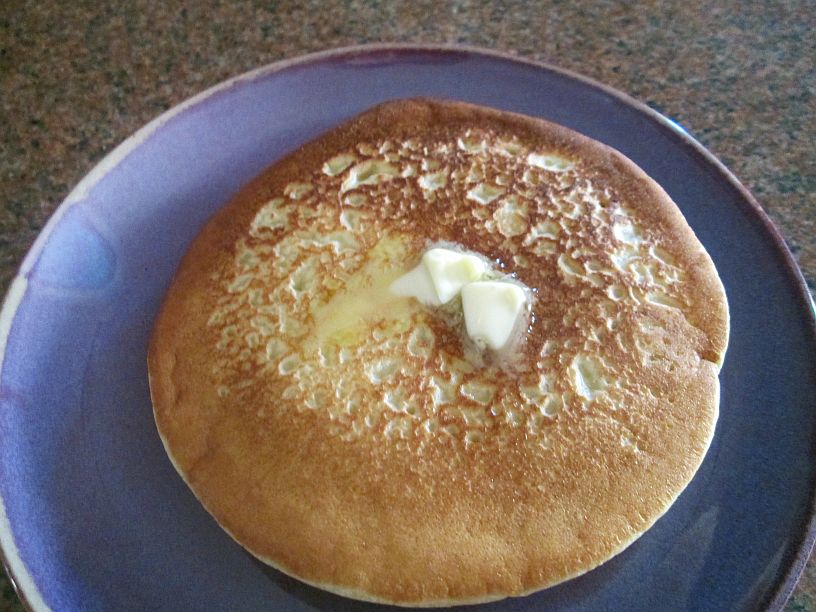 1 – Soak 1 cup of sesame seeds in water, for at least an hour. (I’ve soaked the seeds for various lengths of time and longer has not proven better or easier to digest so I usually just do an hour or so.)

3 – Put the seeds in your blender with 4 cups of water. (I don’t use a measuring cup. I just grab any cup from my cupboard and measure both the seeds and the water with that. It’s the ratio that’s important.)

5 – Strain the milk through a cloth if you want to remove the pulp. (Remember, though, that that is where most of the nutrition is! If you strain the milk, keep the pulp and use it in cookies or something else yummy. I use un-strained milk now for my pancake recipe and it’s SO delicious.)

6 – Pour in a glass jar and store in refrigerator. The milk lasts several days.

Making my own sesame seed milk has been one the more exciting discoveries I’ve made on my plastic-free journey! It took a long time to get here, but I finally have a completely plastic-free breakfast smoothie. 🙂

Are you a milk drinker? How is milk packaged in your country? Have you tried nut milks before? Are you ready to give sesame seed milk a try? Share your experiences and recipes with us in the comment section.